The Waterfront Featured In The Atlantic 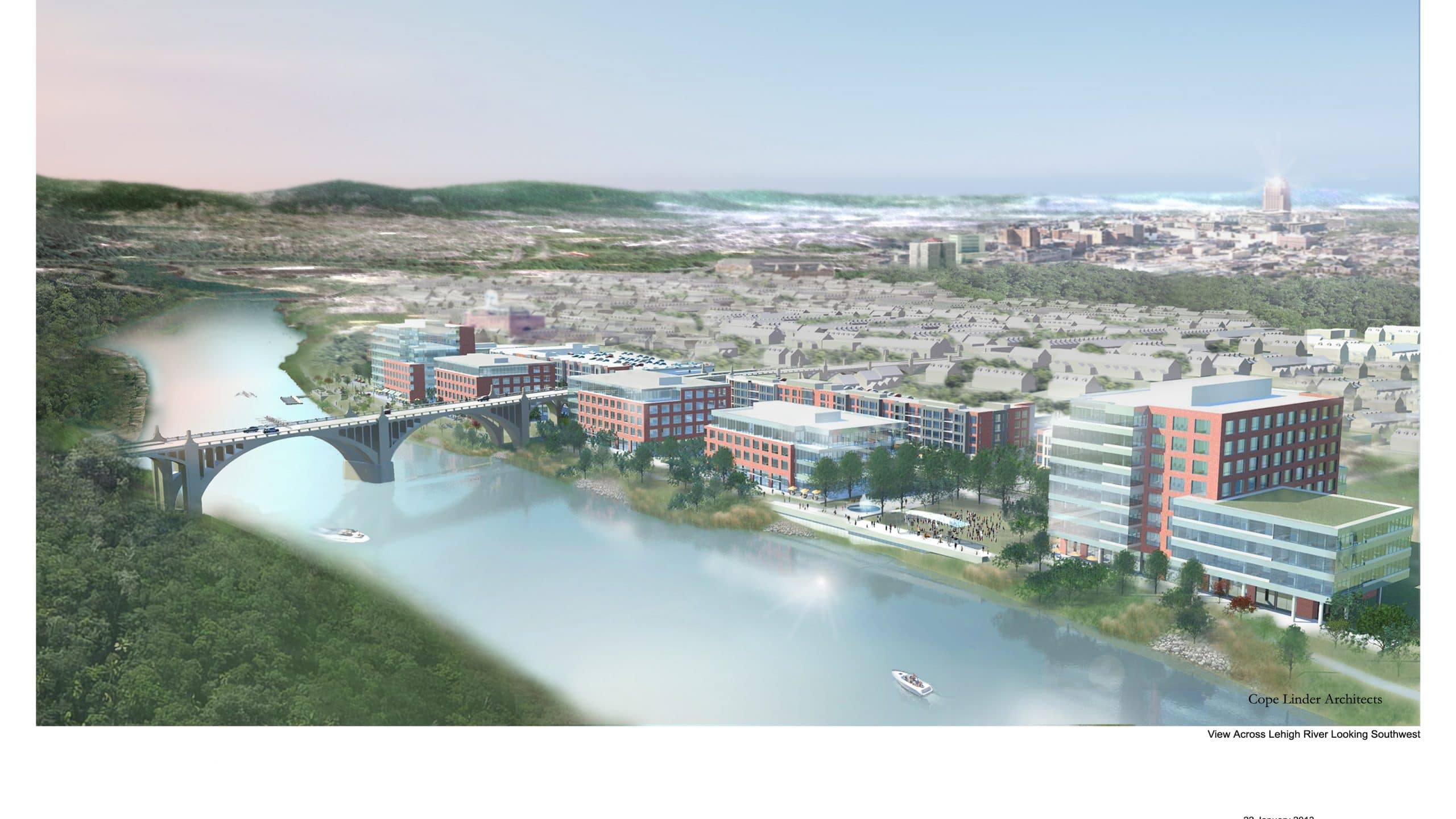 The Waterfront project was recently featured in The Atlantic, as author John Tierney explores America’s urban waterfronts and the rapidly changing landscape of Allentown, Pennsylvania.

In 2011, The Waterfront Development Company launched its efforts to transform a long-neglected stretch of the Lehigh River into a dynamic mixed-use campus to promote job creation, new living opportunities, and tourism destinations. Though located in a powerful tax district, the project would be easy: the site contained no modern infrastructure and required a tremendous amount of design work to prepare it for its ultimate potential.

“Long valued chiefly for its transportation or effluent-discharge uses, the Lehigh has never realized its potential in Allentown as an urban amenity, home to restaurants, apartment and office buildings, shops, and other elements of a lively area. Instead, Allentown’s riverbanks are largely brownfields, now abandoned or undervalued parcels of land that nobody saw value in turning around. But that’s starting to change in one small area. And it’s doing so rapidly.”

The Waterfront Development Company continues to push the development forward and has recently commenced demolition of on-site assets to prepare for site work in the near future.