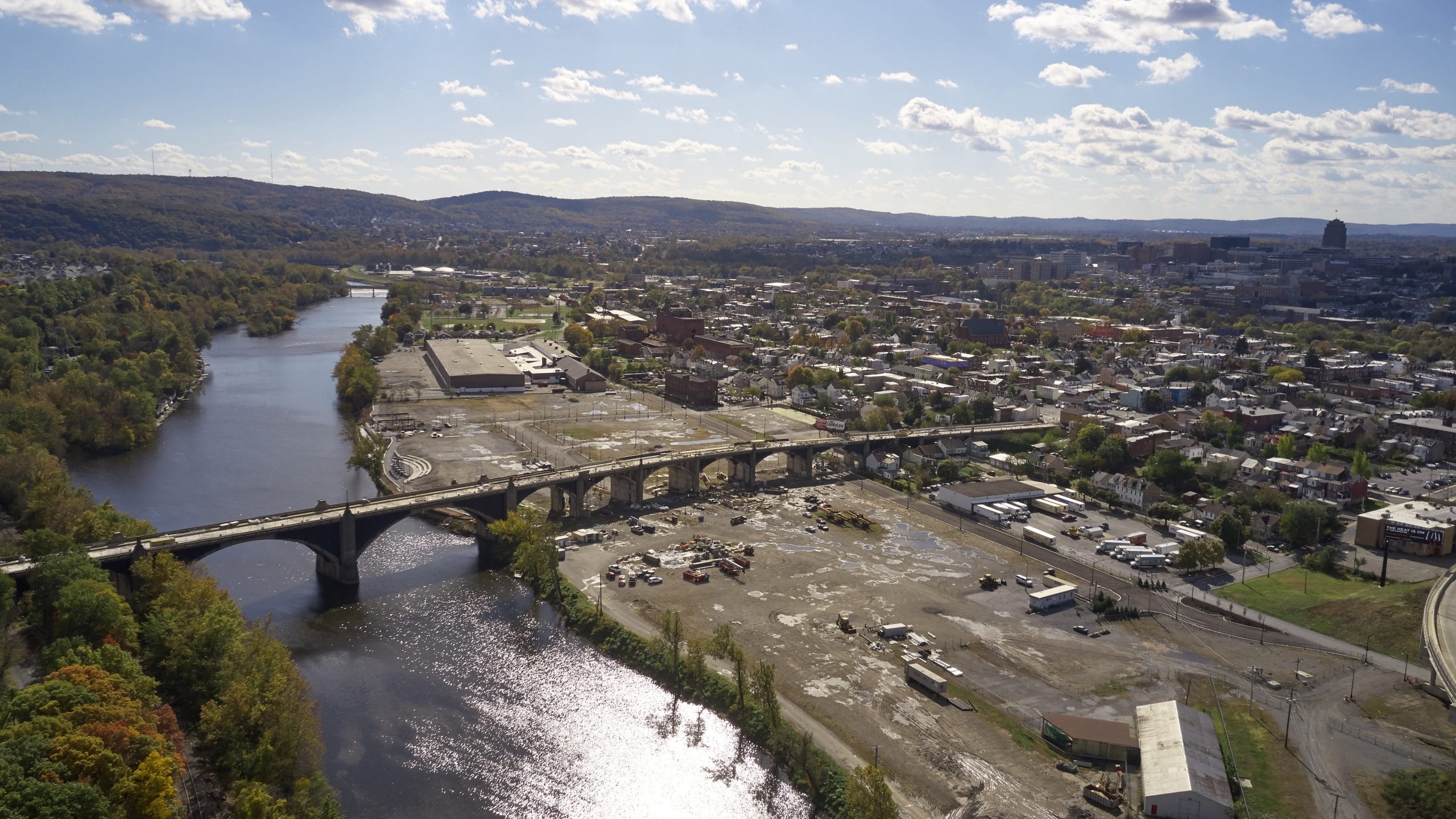 “Riverside Drive, a street slated to run from Whitehall Township to Allentown along the western bank of the Lehigh River, will reach to Hamilton and Union streets — realigning major entry and exit points for the city’s downtown.”

The additional land owned and controlled by The Waterfront Development Company could be used in the future to expand the roadway even further. Additionally, Zachary Jaindl, Principal, has been working with the D&L Trail to integrate it into the 165-mile walking and biking pathway.

“A walking and biking trail would run parallel to the street to tie together northern and southern legs of the D&L Heritage Trail.”

Design is complete for areas between Union Street and Furnace Street, and financing is secured. Developers will commence construction on the project in the near future.