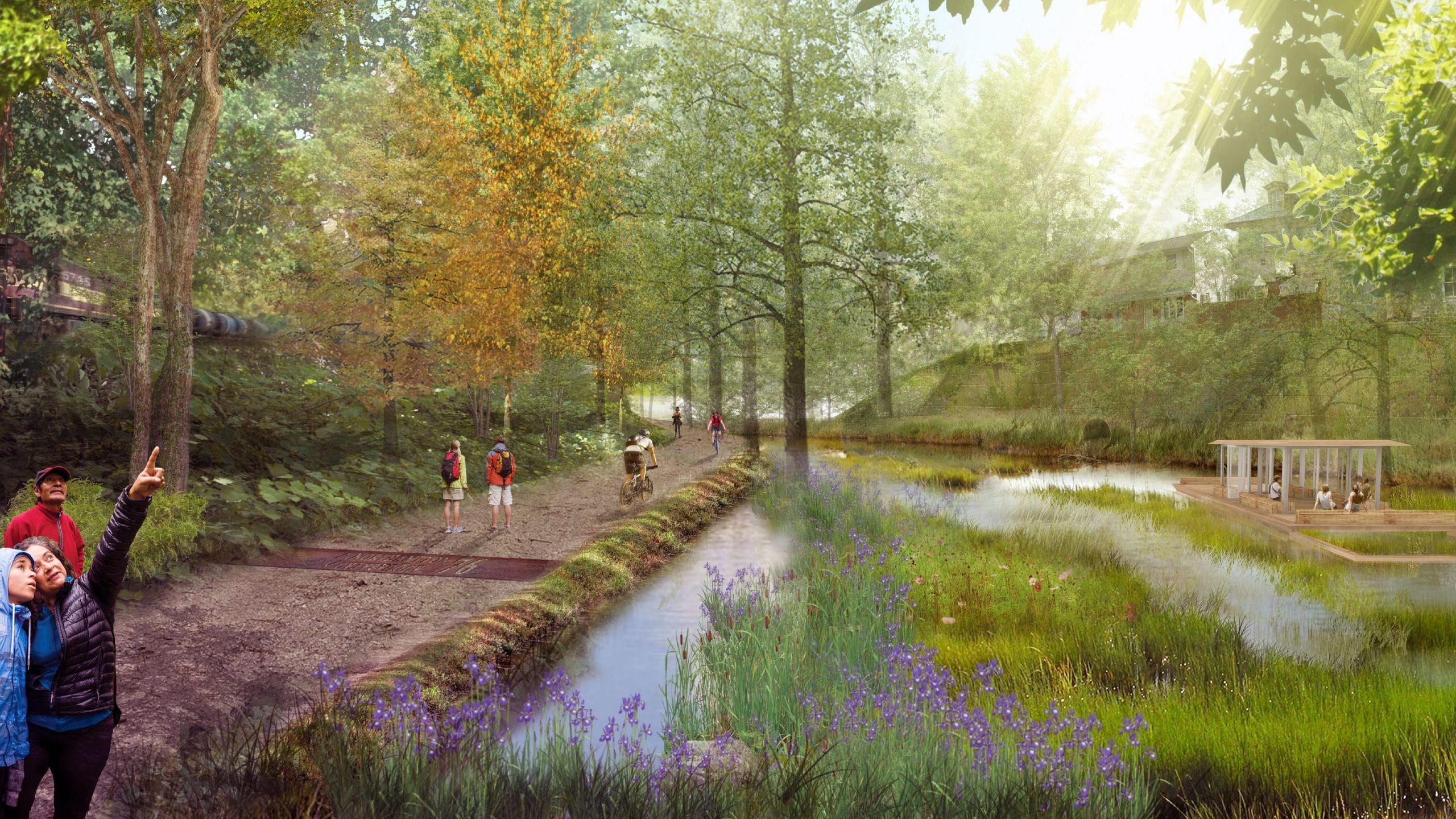 The Deleware & Lehigh National Heritage Corridor, known as the D&L Trail, is one of the most important and vibrant trail networks in the Commonwealth of Pennsylvania, and the Lehigh Valley is fortunate enough to have direct access.

When The Waterfront Development Company purchased three-and-a-half miles of rail line in 2015, it immediately began working with the D&L Executive Team to identify new ways to close gaps along with the trail network.

“The fate of the trail on the west side of the river lies largely with a $24 million grant application before the U.S. Department of Transportation for the 3.5-mile-long Riverside Drive Multimodal Revitalization Corridor. That project is tied to The Waterfront, an estimated $425 million development in Allentown proposed by Jaindl Enterprises. The developer has committed $20 million in matching funds, according to Lehigh Valley Planning Commission Executive Director Becky Bradley.”

The Waterfront remains committed to working with the D&L Trail to unite the network and continue its forward growth and prosperity!